What is Multiple Sclerosis?

Multiple sclerosis (MS) is a severe condition affecting the brain and spinal cord. Inflammation is what causes MS to have nerve damage because there isn’t a layer of the myelin sheath covering the nerve cell. Nerve damage can lead to undesirable symptoms found in the muscle, bowel and bladder, eye, numbness, brain and nerve, sexual, speech, swallowing, and other problems. 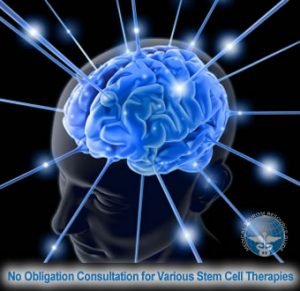 ​Multiple sclerosis (MS) is a disease of the nervous system caused by inflammation of the central nervous system when the body’s own immune system mistakenly attacks the insulating cover around the nerve cells called myelin. When the insulation shield of the nerves wears off in a process called demyelination they stop functioning properly.

The affected myelin forms scar tissue or sclerosis which gives the condition its name “multiple sclerosis”. Any harm to the myelin sheath leads to distortion or disruption of nerve signals traveling between the brain and spinal cord, which results in a number of symptoms. ​The cells responsible for attacking the insulation sheath are the T-cells of the immune system.

Multiple Sclerosis has limited treatments and research, but some patients are having success with stem cell therapy.

Conventional medications are not a complete cure for MS. They only help reduce the symptoms associated with it. Stem cells are a new ray of hope for people with MS. According to a study by Chong Xie et al.1 “iPSC-derived stem cells have shown great potential in the treatment of MS.”

Another study by Castro-Manrreza and Montesinos2 published in 2015 shows that mesenchymal stem cells are known to regulate the immunity system, and improve the symptoms associated with MS by reducing the inflammation of the central nervous system and the loss of the myelin sheath (demyelination).

Scientists have improved upon their own previous world-best efforts to pluck out just the right stem cells to address the brain problem at the core of multiple sclerosis and a large number of rare, fatal children’s diseases. Source.

For the first time ever, stem cells from umbilical cords have been converted into other types of cells, which may eventually lead to new treatment options for spinal cord injuries and multiple sclerosis, among other nervous system diseases. Source.