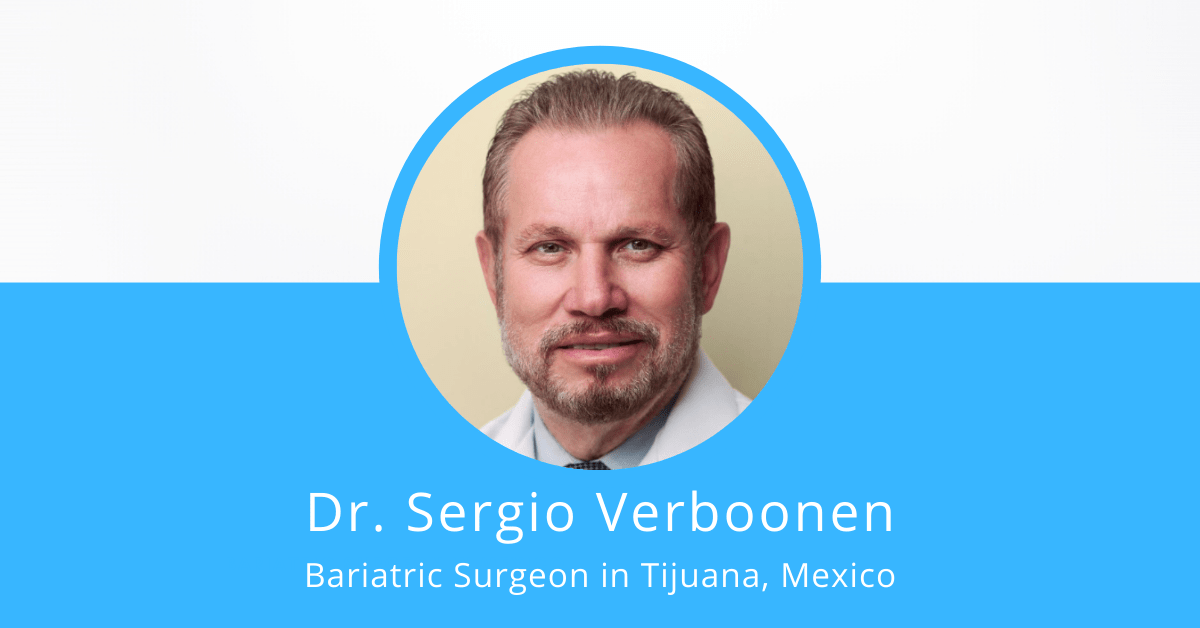 Just one mile away from the U.S. – Mexico border, Sergio does bariatric surgery in a hospital named VBariatric Surgical Center (OGBC). He has been operating in this hospital and helping patients fight obesity for the past 25+ years.

When Dr. Sergio Verboonen was in medical school, he actually suffered from obesity himself. After undergoing weight loss surgery, he actually took on the challenge to learn more about bariatric surgery from different parts of the world including the USA, Canada, Netherlands, France, and Mexico.

Dr. Verboonen is very knowledgeable in this industry and can perform a wide variety of bariatric surgeries.

“Anyway, the first time I had the procedure the band slipped the very next day and had to have removed. Several thousands of dollars to have removed. THEN they promise to redo the lap band related to the slippage, so went back and immediately after the procedure it slipped. They refused to remove the band unless I paid cash. I couldn’t even keep down my own saliva. DO NOT GO TO MEXICO OR HAVE Dr. Sergio Verboonen PLACE A LAP BAND!!!” – Review from Complaints Board

“Had my VSG with Dr V in 11/19/10 and it was by far one of the best decisions I have ever made. Dr V was there to answer all of my questions and to guide me through the entire surgical experience. Sheri, patient coordinator, was always there and on top of things and she made sure that my every need was met. Eric, our driver, was always attentive and VERY patient and I thank him for that. My surgery was done in Cancun at Galenia Hospital and it was quite a pleasant hospital experience.” – Review from ObesityHelp