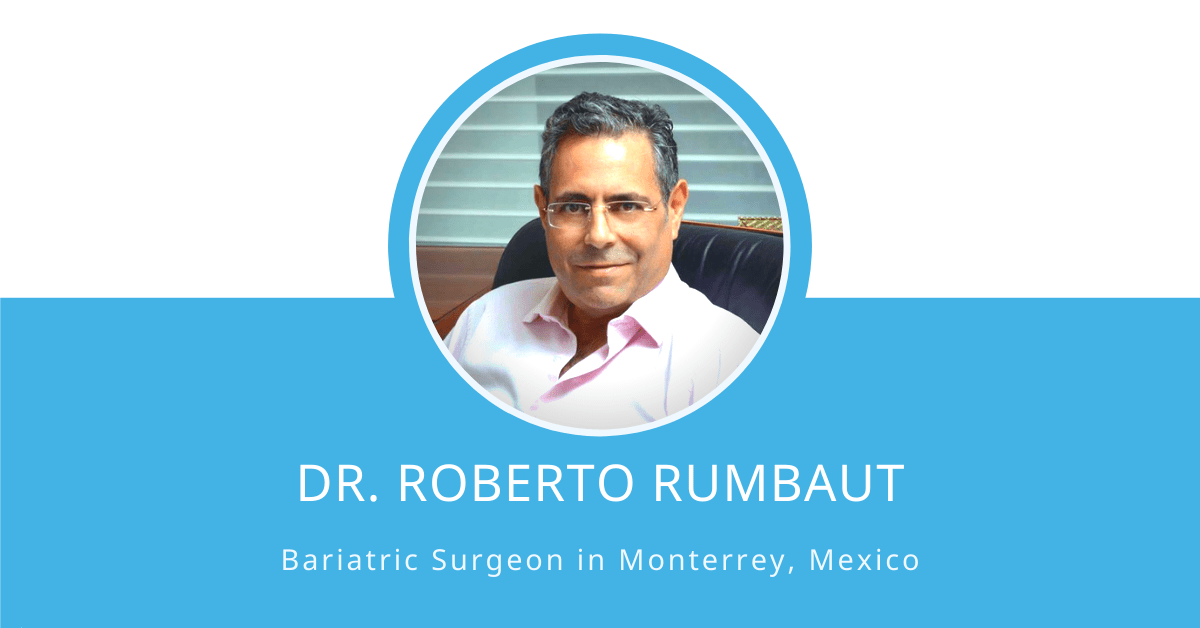 Dr. Roberto Rumbaut is a Monterrey, Mexico Bariatric Surgeon that has been performing weight-loss surgeries since 1994. He was one of the first surgeons to practice the Lap-Band system in Mexico but also performs a variety of other bariatric surgeries including the gastric sleeve, gastric bypass, and REALIZE band.

He is known for his kind heart and patience not just as a surgeon, but a teacher. He mentors 150 students in America and Latin America on his gastric banding technique.

“Great Doctor, Great Hospital, Great Nurses… my incision sites are loads smaller than some of my associates who had their surgery done in the states. I have had no complications at all. I began my pre-op diet at 255 and was a size 24/26 and now I currently weigh 128 and am a size 4. I lost over 100 lbs in the first year alone.” – Reviewer from ObesityHelp

“Dr. Rumbaut’s office is very simple yet clean and the staff appeared to be very efficient. They emphasize aftercare and I believe they have doctors all over that they deal with. I am lucky to live close enough to travel back to Monterrey for my follow ups. The pre-op testing was thorough and plenty of opportunity was given for questions. I understood the risks just from research, but everything was covered anyway. I would rate Dr. Rumbaut an absolute 10. Extra points for sense of humor. In my opinion, his surgical competence, bedside manner and overall care measured up to everything I had read about him.” – Reviewer from ObesityHelp

“I would recommend Dr. Rumbaut to anyone and know that I would not have to worry about what would happen to them. His staff also are very polite and well informed and so willing to help. I can not say enough about the whole experience. You could never get that kind of treatment in the States, if I could I might (might) not mind the prices here.” – Reviewer from ObesityHelp