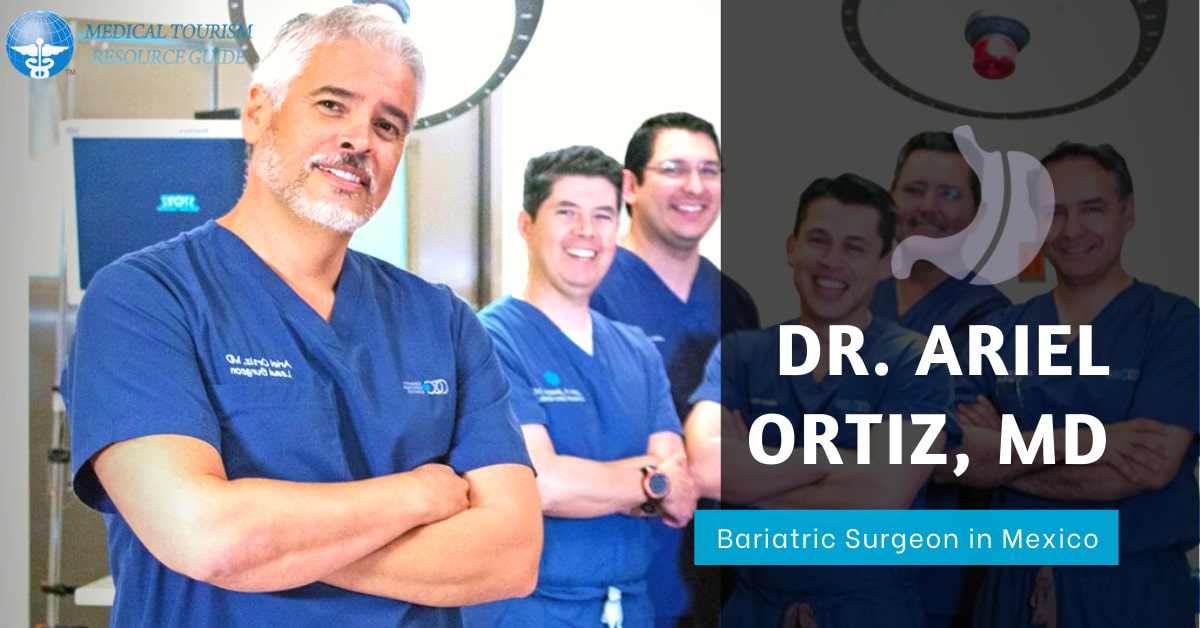 Dr. Ariel Ortiz is a bariatric surgeon based in Tijuana, Mexico. Besides being a surgeon, he is also a consultant on the side, learning and researching bariatric surgery from all over the world such as the United States and Canada.

As you may know, Ortiz is friendly and shows his patients immense care through his care and hospitality. He speaks fluent English and Spanish, sharing many Youtube videos that display the kind of person he is and what his patients can expect.

In 1996, Dr. Mitiku Belachew, known for his famous adjustable lap band around Mexico, noticed the potential in Dr. Ariel Ortiz Lagardere, FACS (Fellow, American College of Surgeons) and decided to take him under his wing. Being under Dr. Belachew, Dr. Ariel Ortiz soon took on the role of a consultant traveling to hospitals all over the world and teaching surgeons and specialists about bariatric surgery. Dr. Mitiku Belachew, the founder of Obesity Control Center in 1996, at the time, had performed over 300+ successful bariatric procedures and Dr. Ortiz has learned from him since then.

After 10 years of studying in the medical field and having many internship experiences, he was awarded the national achievement award in general surgery and was invited as a guest to speak up on his views of weight loss surgery to other bariatric professionals.

With the help of Dr. Ortiz, Dr. Belachew’s lap-band was able to get accepted by the FDA and grew the most popularity in the US. Surprised by their growing success, they decided to start a hospital together and in 2004 Obesity Control Center was founded. Fast forward to today, Dr. Belachew, Ariel Ortiz MD, and their hospital has completed over 9,000+ successful procedures and is considered as the world leader in weight-loss surgeries. Over the years they have also got recognition from the bariatric industry and health care tourism.

Dr. Ariel Ortiz leads a surgical team of world-renown surgeons and specialists, performing a variety of weight-loss surgeries. Pricing ranges from $5,000 up to $8,000 for the following bariatric procedures;

“When my health care here in the US denied my revision surgery (I had a lap band in 2007 and never really worked well), I started researching private facilities that specialize in Bariatric Surgery. OCC reviews were fantastic but naturally was a little scared about going to Mexico. I had nothing to worry about. From start to finish to continued follow up two months post-op, Dr. Ortiz and the staff at OCC are top-notch and this will be the best decision I have made for my health. They make the process so easy from airport pick up and complete transportation, Hotel, etc. I ended up going alone and was in great hands both with the clinic and hotel and even a little sightseeing. I have already lost 25 pounds since March 5, 2020. The aftercare program keeps me on track and I feel totally supported. I can not recommend OCC enough!” – Review from RealSelf