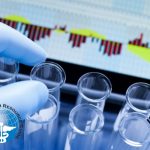 Medical Tourism has helped save Christopher Lyles life. According to a new story by the Medical Tourism Magazine shows that life-saving medical technologies are not yet approved in the United States.

Mr. Lyles, a 30-year-old Baltimore engineer, had a cancerous tumor on his trachea. Radiation and chemo helped shrink it, but every American surgeon he met told him it was too large to remove completely. But Lyles wouldn’t give up. He tracked down the only surgeon in the world who could treat him. The only problem? The surgeon is in Sweden. Lyles recently headed to Sweden for this groundbreaking surgery that replaced his cancerous trachea with a fully synthetic one—seeded with his own stem cells.

He had bioreactor and synthetic scaffold, which were made in the United States, transferred to Sweden to transplant the synthetic trachea. This is after, radiation and chemo had only mild effects on his cancerous trachea.

More interesting is that Lyle’s total cost of the procedure was $450,000 – a bill his insurance would not cover overseas.

Article Excerpt: It’s only the second-ever successful transplantation of a synthetic, tissue-engineered windpipe, and Lyles is the first American to have this type of surgery. His new trachea was created by a device—called the “InBreath” bioreactor—manufactured by Harvard Bioscience of Massachusetts. (Last July, a 36-year old man from Eritrea, also with tracheal cancer, underwent the surgery for the first time and fully recovered. Dr. Paolo Macchiarini, who successfully performed that surgery, performed the surgery on Lyles.)

The procedure was accomplished with Lyle’s stem cells, allowing experts to tissue-engineer the trachea. This is only the second successful transfer of this type, but shows the promising aspect of stem cells and medical tourism.