Medical tourism is growing increasingly worldwide, including Mexico. Locations like Guadalajara are becoming popular destinations in Mexico. Known for its vibrant history and rich culture, Guadalajara has a lot to offer medical tourists. This destination is a viable option for travelers seeking bariatric procedures due to its closeness to U.S. city of San Diego and its affordability.

Individuals fighting obesity and its related diseases are looking into Mexico to get quality gastric surgeries to renew their lives and save thousands of dollars. Patients in countries like Canada also choose to go across the border to avoid long wait times.

Especially interesting, Universidad Autonoma de Guadalajara has a special program for foreigners with the vast majority of them being Americans. 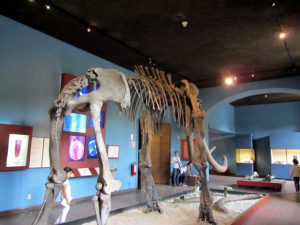 A few years ago, celebrity Kim Kardashian was spotted in one of Guadalajara’s premier cosmetic surgeon’s offices. Not only do famous individuals seek the best services, but it’s Mexico’s destination for dental, bariatric surgery, cosmetic surgery, plastic surgery and infertility treatments.

Why Guadalajara is Good Destination for Medical Tourism

Medical Tourism in Mexico has Guadalajara growing significantly. As the capital of the state of Jalisco, has served as one of the strongest cultural centers in Mexico since colonial times. As the second largest city in Mexico, Guadalajara’s cultural wealth has taken on an important role in the social, professional and economic sectors. Many well-known Mexican symbols such as tequila and mariachi music are considered to have their origin in Guadalajara.

Beyond the rich culture of Guadalajara, lies a city that is quickly becoming known for it’s universities and medical education. Guadalajara boosts three large and respected medical schools in the area, and thus qualified medical surgeons.

There are 3 medical schools in Guadalajara, Mexico or its surrounding suburbs: 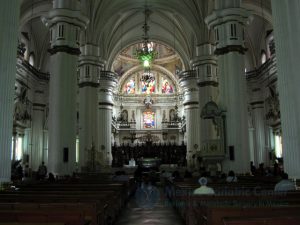 Guadalajara – a stronghold of tradition and modernity – is the best-kept secret in Mexico! Guadalajara is the capital of Jalisco and is located in the western Pacific area of Mexico, the happiest nation in the world. Guadalajara is the second largest city in Mexico with a population of over 1.5 million. Guadalajara’s economy is based on high tech industries, information technology and industries such as shoes, textiles and food processing.

The climate in the area is very mild and has great year-round temperatures ranging from lows of 68 degrees to highs of 92 degrees. Guadalajara has a rich history and is the cultural center of Mexico. It is the birthplace of Mariachi music and has the greatest Mariachi festivals. Traveling only 5 miles away from Guadalajara, you will arrive in Tlaquepaque. Tlaquepaque (Le-Ke-Pa-Ke) is one of Mexico’s most important art centers and you will find pottery, blown glass, wood workings and furniture.

A cab drive away from Tlaquepaque is Tonalá – the town of artists. At Tonala, you can do your shopping in the outdoor open air market.

Guadalajara has a lot of activities and things-to-do with plenty of great accommodations. Guadalajara has some of the best food in the country and its nightlife scene is always popular.

Tequila Express provides legendary train ride through blue agave fields to the distillery in Amatitán and towards the town of Tequila. The train service features tequila tastings and it relieves the exciting experience of Mariachi, Tequila, and Charrería. Chapala, the largest town on the shores of Lake Chapala, is about 30 miles (about 1 hour) away from Guadalajara. The Lake Chapala is the largest freshwater lake in Mexico with great views. There is a boardwalk similar to markets in Puerto Vallarta. Chapala is a great place to retire and several thousands of foreigners, including people from Canada and United States, have made Chapala their home.

The Guadalajara Cathedral or Metropolitan Cathedral of Guadalajara, a Mexican historic landmark, is located in downtown Guadalajara. The Cathedral was first built in 1541 as a church with adobe and a thatched roof. It was acknowledged by Pope Pius XII and has been elevated to the rank of Minor Basilica. Throughout the years, the Cathedral has suffered through many earthquakes which caused the towers to collapse. The new towers were designed by Architect Manuel Gomez Ibarra and were constructed in 1854. The exterior of the Cathedral is beautiful, but the truly breathtaking beauty can be discovered inside. It contains nine altars, made of marble and silver, dedicated to several Patron Saints.