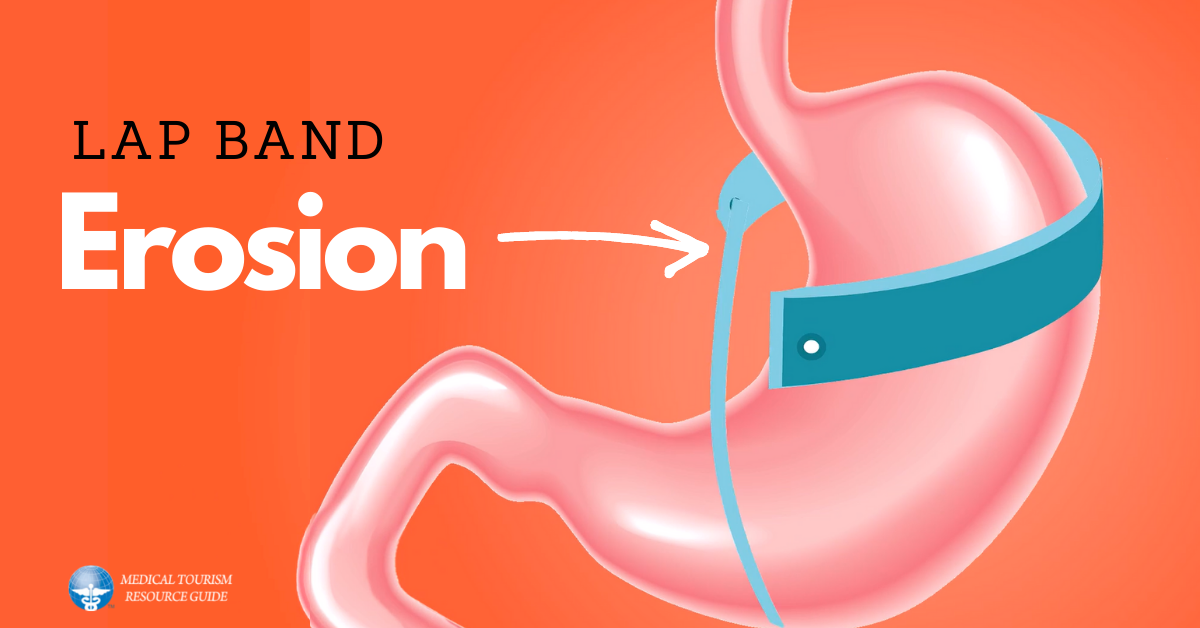 Lap band surgery allows people to get closer to their personal weight loss goals, by having a procedure to reduce the size of their stomach. While there are some risks and complications, it is still considered a safe weight loss procedure. One type of complication that can occur is lap band erosion, where the lap band enters the stomach by going through the stomach wall, even though it is meant to only remain around the outer stomach. This isn’t common, occurring in an average of two percent of patients, but still, something to be aware of. Here are some of the more common signs and symptoms of lap band erosion.

The first thing you should be aware of when speaking about symptoms of lap band erosion is that many people have erosion but do not experience any symptoms. You may have erosion beginning to occur but have yet to feel pain or any other side effects. In these cases, a sudden lack of weight loss is the most common symptom of erosion. Over time, the other signs and symptoms of lap band erosion may start becoming clearer.

Aside from a sudden lack of weight loss, there are other common symptoms of lap band erosion. Increased hunger and gaining weight go hand-in-hand with no longer losing weight with the lap band because it is no longer restricting your stomach as it has moved inside your stomach wall. Some other common signs and symptoms of erosion include infection of your skin at the port site and a possible abscess at the port site. A lamp band being overfilled during your next appointment may also be a sign of lap band erosion. Keep in mind most cases of lap band erosion take place two years or more after having the surgery, so while you should speak to your doctor about these issues before the 2-year mark, it doesn’t mean you are dealing with erosion.

The primary treatment following lap band erosion is to have the band removed during a simple surgical procedure. However, some patients want to continue on their weight loss journey and can choose another conversion surgery. The possible conversions from lap band to another form of weight loss procedure include the gastric sleeve surgery, also called a sleeve gastrectomy, duodenal switch surgery, and the roux-en-Y gastric bypass surgery. If you’re showing symptoms of lap band erosion, talk to your doctor about these possible conversions to determine which would work best for you.

Lap band erosion is an unfortunate risk that can happen following lap band surgery. However, as the US National Library of Medicine National Institutes of Health reported, only about two percent of patients have erosion after their procedure is performed. They also noted that patients who did experience erosion lost the same amount of weight as patients in the study that did not have erosion. This increases the likelihood of weight loss success even if they have it removed and go on to have a conversion procedure performed.