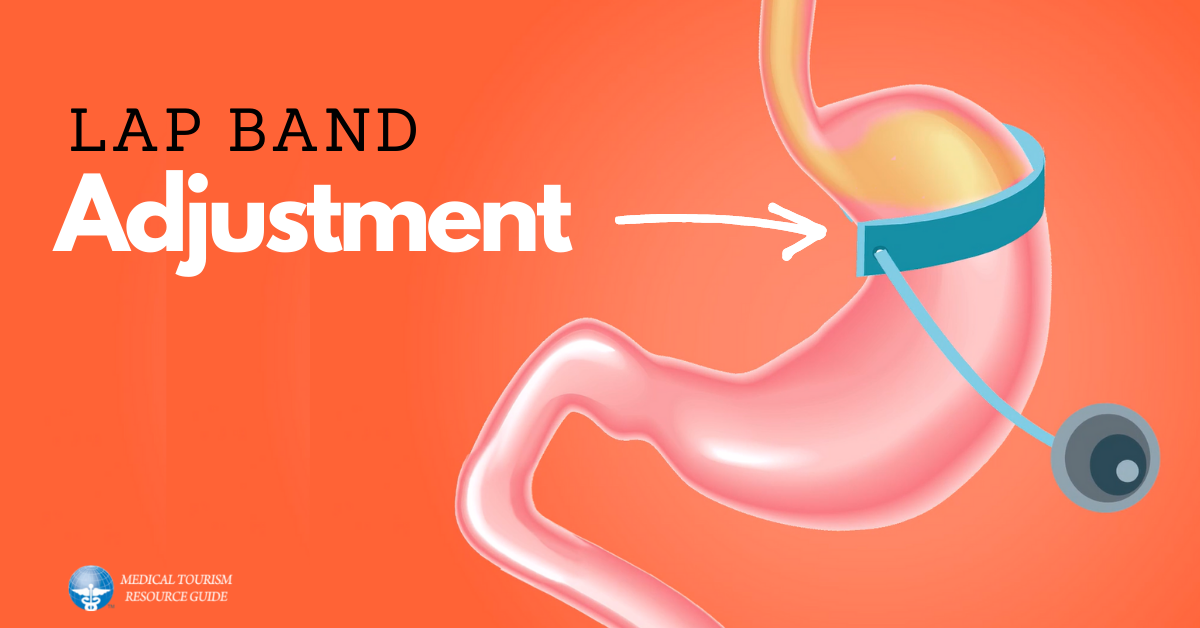 Lap-Band is also known as gastric banding surgery. During this weight loss surgery, a silicone band is placed on the upper portion of the stomach. It is attached to a balloon (Lap-Band), which leads to a port located underneath the patient’s skin. This is where fills are administered into. The Lap-Band works effectively by squeezing down on the opening to the stomach limiting the amount of food that a patient can eat at one meal. To create a good tight fit, the band must be filled with saline (water).

When you visit a lap band fill center at a weight loss surgeon’s office, you will have a needle inserted into your port. Most patients mention little to no pain during this insertion. After the needle feeds through the port, it is injected with saline. The saline will travel down the tube and into the Lap-Band (the balloon). When the band itself fills up, there is pressure placed atop the stomach. Filling the band will allow this opening to remain small and make it hard for large amounts of food to place through it. This limits the food consumed and leads to extreme weight loss.

A bariatric surgeon can determine what your proper fill amount is by guessing and checking over a period. They also can learn more about your possible situation by asking you about your diet, how much you eat in one sitting, and how fast you feel full.

Typically one’s insurance will cover the cost of Lap Band fills. In Mexico, there are many Lap Band fill centers where you can go quickly to get your band adjusted at a cheap cost. You will need five fills after your first year of having Gastric banding surgery and two fills per year for every year after that time. This makes finding an effective way to cover Lap Band fills important, and that’s what adjustments in Mexico can do for weight loss surgery patients.

Overall lap band fills are imperative for a positive and successful weight loss journey with Gastric banding. By following a regular Lap Band fill schedule, you allow yourself the best chance at a healthier you today and in the future.

The short-term results of weight loss surgeries, like lap band surgery, were pretty obvious. You see the results of the surgery almost immediately. However, long-term results were a little trickier to find. A recent study by Annals of Surgery publication found better long-term weight loss for people who got gastric banding, also known as lap band surgery. This study followed the participants for 15 years after their surgery and found improved long-term success with their weight loss.

What is Lap Band Surgery?

The lap band procedure, formally called gastric banding, is the only type of procedure that is easily reversed. It is done by surgically placing a silicone ring around the upper part of the stomach to create a smaller pouch for the food to go. This limits how much food can be eaten at any given time, thus decreasing the amount of food consumed during each meal. This lap band can also be loosened or tightened. While it is no longer performed as often as the gastric bypass surgery, this study shows long-term benefits for this procedure.

The study, which was featured in the January 2013 issue found that patients who had lap band surgery 15 years prior were maintaining their weight loss. The average amount of weight loss and kept off following this procedure was 60 pounds. During the 15-year study, about 5 percent of the patients had the bands removed and approximately 50 percent needed the bands adjusted. Paul O’Brien, a researcher for Australia’s Monash University, sees lap band surgery as a good long-term and effective choice for weight loss.

While lap band surgery undoubtedly has a great long-term weight loss results, the follow-up care is crucial. For it to be effective, patients must be willing to follow their doctor’s advice with living a healthy lifestyle. They must be eating right, not just a smaller amount, and adding regular exercise to their routine. It also requires adjustments and maintenance, so patients need to be willing to do that as well. O’Brien suggests seeing the surgeon for follow-up every 1-2 months and finding a surgeon willing to do this.

Lap band surgery is only one type of weight loss surgery, but one that is effective for long-term weight loss. It is steadily declining in how often it is performed, as gastric bypass is performed more readily. But following this study, it proves it is just as effective, as long as patients put in the work after they get the procedure.