Medical Tourism Resource Guide provides hospitals and full-service surgery centers that are modern and fully equipped. Guadalajara, Mexico is a newer destination to undergo weight loss surgery, especially for United States and Canadian patients. Even though most medical tourists choose to go to Tijuana, or Puerto Vallarta, Guadalajara Mexico is great for several reasons. 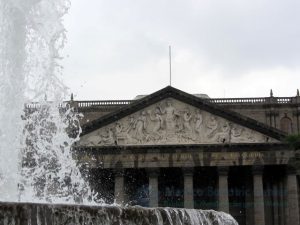 Another major reason why Guadalajara is becoming a destination for Mexico Weight Loss Surgery is our full-service hospital facilities. Other medical tourism companies provide surgeries, even the most complicated surgeries, in “surgery center.” Below are our full-service hospital facilities, if you have any more question please contact our helpful staff.

To Mexico and Back, Our Staff is Here to Help 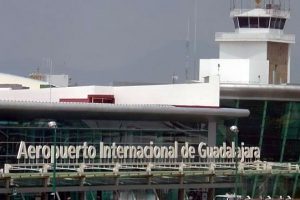 Ejecutivo Express is located on one of the most important streets of Avenida Mexico, making it conveniently close to shopping centers, hospitals, and historic downtown. It is just 15 minutes from downtown and 35 minutes from Guadalajara International Airport. The hotel offers many amenities, including complimentary breakfasts and a concierge desk.

Ejecutivo Express is located on one of the most important streets of the city in Avenida Mexico. It is conveniently close to shopping centers, hospitals, downtown, and just 35 minutes from Guadalajara International Airport. The hotel offers many amenities, including the High-Speed Internet. Read more. 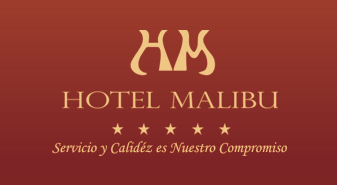 Hotel Malibu is a 4-star hotel with a beautiful garden area, heated pool, exclusive gym and spa. The spa offers massage and Hammam services and includes a sauna/steam room. There is also a bar in the dining section. Each guest room includes a flat-screen TV and the choice of two twin-size beds or one queen-size.

Hotel Malibu is located next to La Gran Plaza Shopping Mall, a brand new shopping center with access to banks. The hotel is just minutes away from historic downtown and Guadalajara International airport. Hotel Malibu is divided into two sections: The Tower Section, a seven-story building with 112 standard rooms, and The Oasis Section, a two-story building with 30 suites.

The staff members at Hotel Malibu are exceptional and highly experienced with MBC’s medical patients. It is a secure and closely-monitored hotel, which will provide you with a safe and comfortable stay in Guadalajara. You can rest assured that you will receive attentive care and accommodations before and after your surgery.

Jardines Hospital is a full-service hospital which specializes in bariatrics and a host of other specialties including endoscopy, neurology, rehabilitation, anesthesiology, and others. 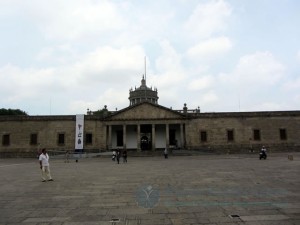 Tolsá used a model that was based on classic examples such as Les Invalides in Paris and El Escorial near Madrid. The buildings form a rectangle and are single-story structures that are 7.5 m in height. The chapel is twice as high and has a dome rising to 32.5 m.

The complex is built on one level, “so as to facilitate the movement of the sick, the aged, and children.” 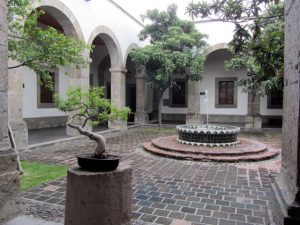 Following the death of Cabañas in 1823, construction continued until 1829. Although it served for a time as barracks in the mid-19th century, the hospital lasted well into the 20th century and continued to function until 1980, when the Cabañas Cultural Institute, with affiliated schools for arts and crafts, moved in.

The highlight of the interior decoration is a series of monumental frescoes by José Clemente Orozco, including one of his most famed creations, the allegory of The Man of Fire (1936–39).

The museum was declared a World Heritage site in 1997 by UNESCO and is dedicated to the promotion and diffusion of the arts. It has also hosted the work of Mexican and international artists such as Jose Clemente Orozco, Diego Rivera David Alfaro Siqueiros, and many more.