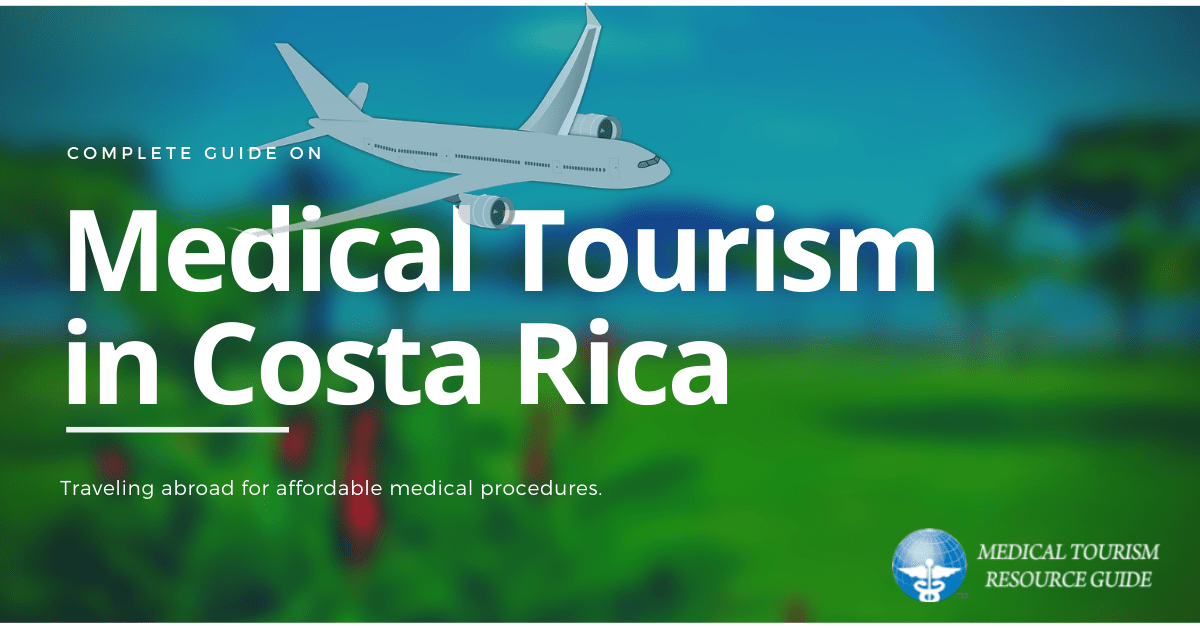 Located in Central America, and in between North and South America, Costa Rica, known as the “Rich Coast”, is a country with many beautiful beaches and an explosive medical tourism industry.

Their flag has the colors blue, white, and red. The blue represents the oceans, white for peace, and red for the blood fought for their freedom.

Medical tourism in Costa Rica is home to some of the most affordable and reliable medical procedures in the world. In recent years, it has been increasing in popularity due to its low cost and high quality. The top-rated hotels and hospitals in Costa Rica make it a top destination for medical tourism.

Not only are the public healthcare facilities equipped with high tech and advanced medical technology, but the costs are also very low compared to what you pay in most countries. The cost of healthcare is about 30% to 40% of what you’d expect to pay in the United States.

The same goes for medicine and prescription as well. You can also expect most of the doctors and medical staff in Costa Rica have proficiency in speaking fluent English.

As for private healthcare in Costa Rica, the cost is a bit more expensive. Some private medical facilities allows you to pay with cash or insurance. For a doctor’s visit, it is about $60 and a specialist ranges from $80 to $100. This might seem like a lot, but this is still a quarter of the average price you pay in the U.S.

Pura Vida, the Spanish word “Pure Life,” is the Costa Rican way of life – similar to Hakuna Matata meaning “no worries”. People in Costa Rica appreciate life and have a positive attitude toward life.

From bariatric surgery to dentistry, there are tons of medical procedures offered in Costa Rica.

Costa Rica also benefits from medical tourism due to the influx of tourists, travel, and of course money. According to the Costa Rican Health Chamber, Costa Rica Medical Tourism had over 70,000 tourists in 2016. This brought in an estimated 485 million in revenue, averaging $6,930 per tourist. Here are statistics of the rise of medical tourism in Costa Rica. 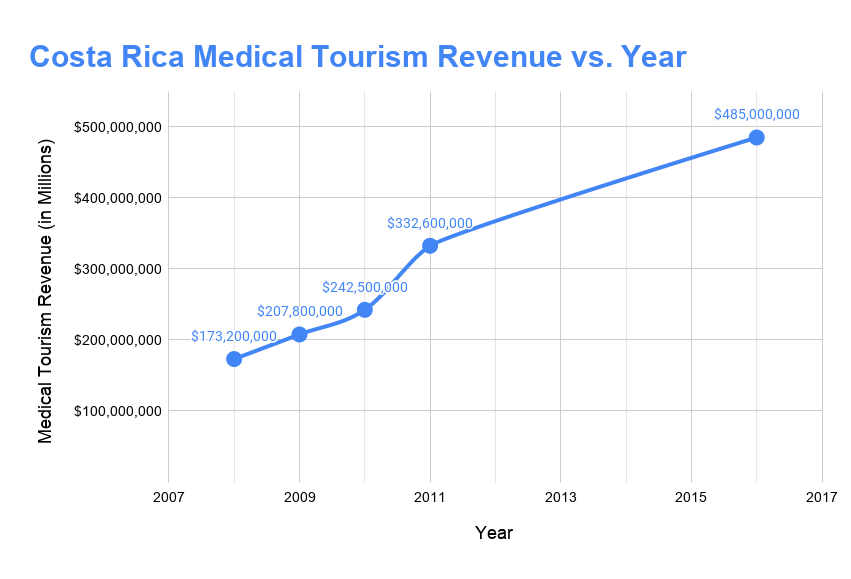 When taking into account the size of Costa Rica as a country, this is serious income that the medical tourism industry is generating – which ultimately helps patients through better quality equipment, technology, hospitals, and higher education. The country has an area of 19,700 square miles, or 51,000 square kilometers. To put it in perspective, Costa Rica is about the same size of West Virginia.

There are many benefits for medical tourists who travel world wide, mainly for the lower cost.

Note: An added bonus of medical tourism in Costa Rica, is most doctors and specialists have had top training and education from the United States and other first world countries. This phenomenon is known as reverse brain drain. From learning and practicing in highly developed countries, it sets a standard of quality that is higher than most medical tourism destinations.

Medical Tourism in Costa Rica is involved mostly with plastic surgery, as the country has talented, surgeons capable of giving patients an aesthetically pleasing makeover. Bariatric Weight Loss Surgery Procedures are also an option for overweight and obese patients, however, the cost of the procedures is higher than destinations like Mexico.

Most medical tourists will fly directly into San Jose, Costa Rica, to explore the beautiful lush lands and the modern city. The following are comparative costs of general, cosmetic and surgical procedures between US hospitals with those of Costa Rica.

Just 2.5 hours flight from Miami, Costa Rica is an ideal location for medical tourism for U.S. patients seeking services abroad. There are also frequent flights from cities in Canada and European countries.

Popular procedures such as bariatric, plastic, and dental are about half price with no wait time. Top physicians and JCI accredited (Joint Commission International) private hospitals make this destination a prime choice for medical tourists. 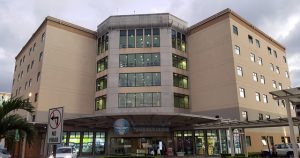 One of the more popular hospital is Clinica Biblica, a facility located in San Jose. The hospital has a beautiful nature surrounding and is accredited by the JCI (Joint Commission International). The Hospital Clínica Bíblica provides over 80 types of specialized medical procedures and services.

Hospital Cima San José is another top-tier hospital that is JCI accredited in Costa Rica. This facility specializes in;

Costa Rica medical tourism offers low and affordable surgery with the same quality as the United States. The best part is that it is also close, making travel easier. Costa Rica is politically stable and has a stable economy.

Costa Ricans are happy people and are very friendly towards visitors from other countries. The country also has a special police force (in white uniform) for tourists called, Policía Turistica.