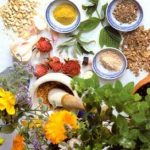 Popular in India, Ayurvedic Medicine is the traditional medicine native to India. In the United States and Western Medicine, Ayurveda is considered complementary and an alternative medicine. Ayurvedic Medicine has been evolving for over five-thousand years, and includes to use of herbs, massage, and specialized diets to promote wellness. Considered a type of medicine that just doesn’t treat illness and disease but encourages the fullest from the body/mind potential.

Ayurvedic, also referred to as Ayurveda, Ayurvedic is typically given to complement a traditional treatment, rather than replace it. In India there are more than 150 undergraduate and 30 postgraduate colleges that specialize in Ayurvedic medicine. While the United States has no formal colleges or certification for Ayurvedic medicine.

Medical tourism for Ayurvedic medicine is growing, in 2007 the National Health Interview Survey, concluded that 200,000 U.S. adults had used Ayurvedic Medicine in the previous year. With increased awareness and interest, Ayurvedic medicine acceptance in the U.S. will continue to grow.

According to ayurvedic medical theory, there is a balance of three elemental energies: Vata, Pitta and Kapha (water & earth) that are important for health. When these three substances exist in equal quantities, the body will be healthy, and when they are not, the body will be unhealthy in various ways. Ayurvedic treatments aims to eliminate impurities, reduce or elimite symptoms, increase resistance to disease and to reduce personal worries.

Ayurveda, can be loosely translated to mean the “science of living.” Concentrated into five principles: space, air, fire, water and earth. All living things can be explained in whole or permutations of these five principles. Done throughout India for five-thousand years, western medicine thought the techniques were unscientific and declared it alternative. But Ayurveda medicine continued to practiced and has grown to what it is today.